The Message Is In the Simplicity

During the time of Jesus in Israel, there was great deal of chaos. The Romans demanded strict adherence to their rules and regulations. The people walked on egg shells, hoping not to draw attention to themselves for fear of being arrested. The people were weary and becoming very restless.

Meanwhile, Jesus, a gentle and humble man was quietly preaching throughout the countryside – speaking to many, sharing words of wisdom and love. He wasn’t loud. He wasn’t boastful. He didn’t demand to be worshiped. He didn’t acquire wealth nor live a rich life. His only desire was to be listened to.

Adding to the negativity at that time was the increasing displeasure by the Temple Priests at the words of this simple man, not at all a priest! His popularity was gaining as evidenced by the large crowds that came to hear his words. The priests felt threatened.

The people were longing for the foretold Messiah -someone who would release them of their oppression. Eyes were on Jesus – Is this the man who will save us? Jesus knew that the time had come to publically present himself to the people in support of his message and to try and keep peace. He had nothing to hide and he went to present himself.

In today’s Gospel from Matthew, we hear that Jesus asked for a donkey in which to ride into Jerusalem. Not a great stallion, a symbol of greatness and majesty but a simple donkey, a symbol of humbleness compared to a stallion; but an animal of strength nonetheless as she carries a Jesus on her back.

In keeping with his simple message, Jesus knew that his “crown”, his “greatness”, his “kin-dom” was not for public display for they resided in him, as it resides in us. So he came as he was.

And the people adored him. Went he entered Jerusalem they threw down their palms and cloaks in respect for this man that they had come to love. They shouted “Hosanna! Hosanna! to express their joy and admiration. This is the same as saying Hooray! Hooray! He’s here! He’s here! We love this man!

Jesus comes to us today and every day as his pure, simple self. He approaches us in is his simplicity with advice and guidance on how to live a happy and fulfilling life and how to connect with the people around us. The words are simple. The message is simple.

Love the Lord God with all your heart. Love your neighbor and love yourself.

Please take away today the message that the kin-dom of God is in all of us. In this kin-dom, it’s all about love. Jesus will be happy that you hear this and live our lives by this simple message. I can hear him shouting “Hooray! Hooray!” 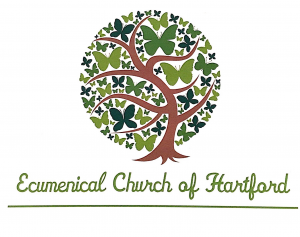